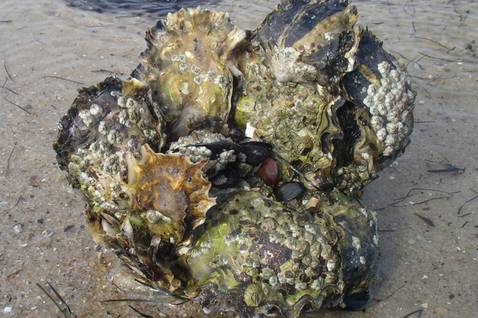 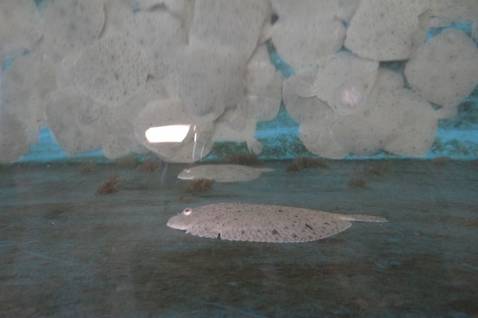 The turbot, Scophthalmus maximus, is one of the most valuable food fish of the Northeast Atlantic. Since the 90s, intensive production methods for all life stages of this species are known. Rearing takes place in high stocking densities, particularly in land-based recirculation systems. The culture in surface cages or submersible cages was successfully demonstrated at moderate flow rates and a relatively stable temperature. Since the growth rate of turbot decreases below 14 °C and above 20 °C, the temperatures in the German Bight do not allow year-round on-growing. Moreover, this species reacts sensitively to strong tide flow rates of up to 1.2 ms-1, which plays an important role in site selection in the German Bight. 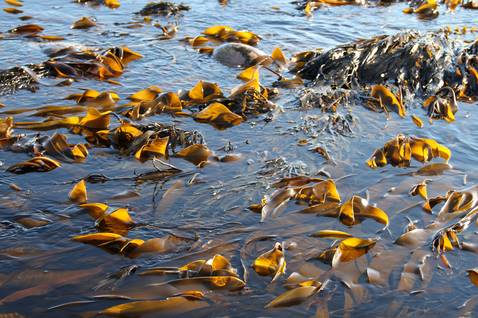 World aquatic plant production is the highest among marine aquaculture. Sugar kelp (Saccharina latissima) is a brown seaweed providing numerous valuable products: e.g. phycocolloids used as emulsifiers and stabilizers in food and cosmetic industries.  Further, they are used for waste water treatment and nutrient recycling of farm effluents in integrated aquaculture systems (e.g. IMTA). In Germany, next to pilot projects on a research level sugar kelp is farmed using an extensive fixed off-bottom longline technique in the Baltic Sea as well as in tanks in the North Sea. 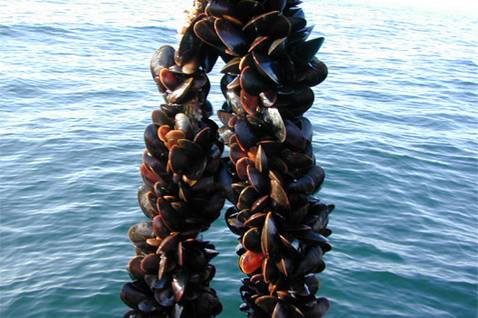 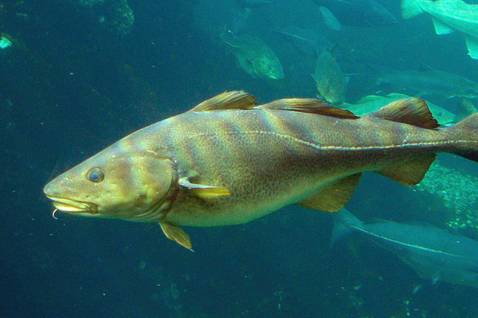 The decline in catches of cod, Gadus morhua, led to a growing interest in the breeding of this species. For more than thirty years, the intensive production of cod has been established. The rearing requires the production of live food in different sizes and feeding protocols must be strictly followed. A key problem for cod aquaculture is their ability to escape through the mesh or other materials. Cod is one of the species with the highest rate of the escapees, which can have a negative impact on the wild population by cross-breeding. The extreme temperature tolerance range of -1 ° C to 23 ° C and an optimum temperature range from 8 ° C to 12 ° C makes this species a suitable candidate for aquaculture in the German Bight. However, it should be noted that the relatively high summer temperatures in the German Bight increase the risk of infection. The suitability of cod for offshore aquaculture has been successfully demonstrated in submersible cages off the coast of New Hampshire. Cod is a physoclist species, and there stops have to be included during the vertical movements of the cage. 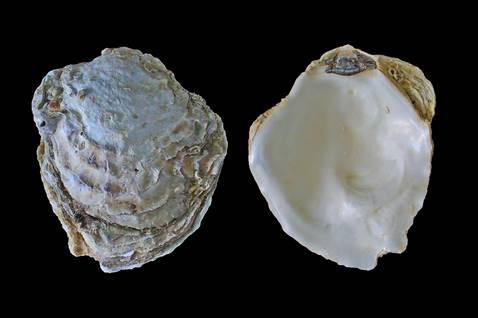 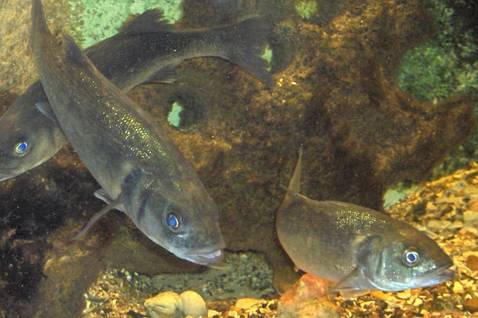 The European sea bass, Dicentrarchus labrax, is a well established species in aquaculture and with a production of about 60,000 tons per year one of Europe's most cultured marine fish species. On-growing takes place mainly in surface cages in coastal areas of the Mediterranean. However, a successful rearing was demonstrated also under more exposed conditions. Since sea bass is a physoclist species, in which the swim bladder is closed and pressure compensation is only possible by slow gas exchange, the rise and the lowering of the cage needs sufficient stops to prevent barotrauma of the fish. The sea bass can tolerate temperatures in the North Sea, but the average temperature of 10 ° C in the North Sea is below its optimum temperature range for growth of 22-28 ° C. Model calculations suggest, that this lower temperature prolongs the on-growing by 4-8 months compared to the production of D. labrax in cages in the Mediterranean. 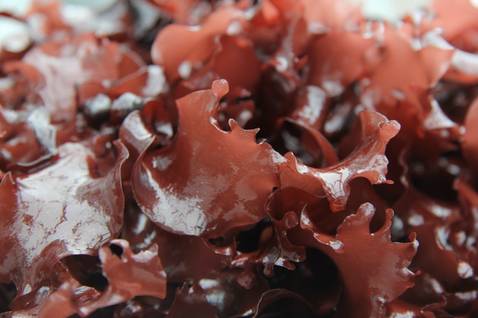 Dulse, Palmaria palmata, is an edible red algae (Rhodophyta) from the upper subtidal of the rocky coasts of the Atlantic from Greenland to Portugal and the North Sea. It is traditionally eaten dried in France, Ireland, Iceland and Canada, and is a source of minerals, vitamins, antioxidants and iodine.

The red alga propagates through spores. In aquaculture asexual reproduction is widespread, with apical tips used for the cultivation of new thalli from the branched thallus. P. palmata can be cultivated in tank culture with air to circulate. In Ireland, the red algae is grown in the sea after sowing of spores on ropes or directly attached to the ropes.

Palmaria palmata is a good candidate for integrated multi-trophic aquaculture (IMTA). In the project Offshore Site Selection (OSS), dulse showed specific growth rates (SGR) of 5-> 6 % d-1, at 16 hours of daylight and constant radiation in co-culture with turbot. The red alga also has a relatively high protein content (up to 21 % of dry matter), which can be increased by growing in integrated aquaculture. P. palmata needs a location with flow velocities of 5-10 cm s-1 for optimal nutrient and CO2 exchange on the surface of the thalli, as well as for the reduction of growth of epiphyts. In strong currents, the thalli of macroalgae become slimmer, which influences the surface:volume ratio and hence affects nutrient uptake and growth. For offshore site selection for growing dulse, wave exposure and flow rates have to be considered in order to achieve optimal growth conditions and to reduce the loss of biomass.
Another limiting factor for the growth of P. palmata in the German Bight is the relatively high water temperature in summer. Dulse does not tolerate temperatures above 19-22 ° C, depending on the sub-population. At  16.5 °C, dulse has a reduced growth rate of only 2.2 % d-1. Optimal growth of P. palmata is achieved at temperatures between 6 ° and 12 °C. Dulse is usually harvested at a length of 30-40 cm. 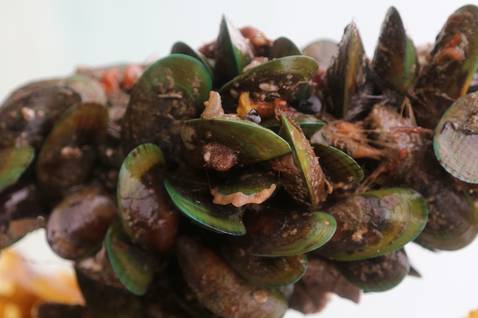 The green-lipped mussel (Perna canaliculus) is an endemic species of New Zealand's coastal waters and fjords. The concentric green shell gives it its name. It can reach a size of up to 20 cm, attaches to hard substrates with its byssus threads, and is also a major export product of the New Zealand seafood industry. It is cultivated with up to 150,000-180,000 t/year in suspended cultures techniques (longlines), while the culture design, the harvests and specially designed vessels represent the most modern mussel culture globally.