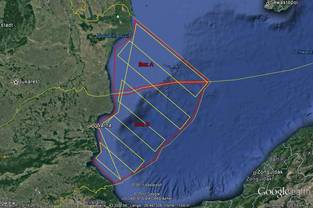 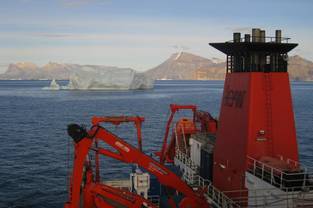 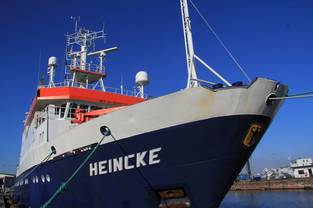 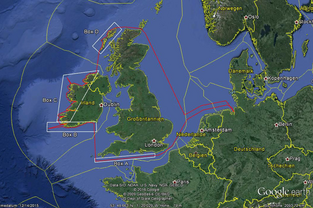 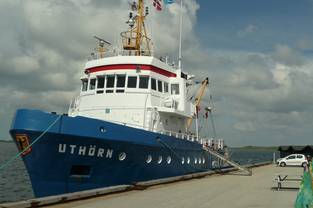 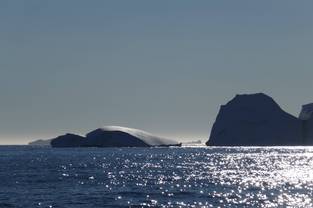 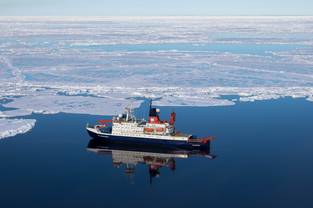 R/V Heincke: Varna-Varna (3 weeks summer 2019), proposed
The Black Sea is a unique marine system due to its isolation from the world's oceans. It is influenced by a large drainage basin, resulting in low salinity and vertical stratification of the water column. Especially the latter is an ideal condition for the growth and proliferation of marine dinoflagellates, including many toxic species. The phytoplankton diversity of the Black Sea has been studied by morphological characteristics since the middle of the 20th century. Approximately 1600 species are listed in the Black Sea phytoplankton checklist, 49 of which are described as toxic in other marine areas. However, there is almost nothing known about the actual occurrence of toxic phytoplankton species and their associated toxins in the Black Sea. This information deficit is becoming an increasingly problematic issue for the young mussel aquaculture sector, because mussels as filter feeders can take up and accumulate marine biotoxins from the plankton and thus represent a health risk for shellfish consumers. The aim of this research project is to determine the presence of toxic algae and their toxins in the western Black Sea, as well as to investigate their distribution in dependence on bio-optical, biogeochchemical and oceanographic parameters.

R/V Heincke Bremerhaven-Bremerhaven (11.07.2018-12.08.2018)
Shellfish poisoning caused by azaspiracids (AZA) is a relatively recent phenomenon, which was first described in 1995, after 8 people became sick in the Netherlands after the consumption of Irish shellfish. These shellfish poisonings were caused by toxins produced by a number of nanoplanktonic species of the family Amphidomataceae. Although recent research results show that these species have a worldwide distribution, Ireland to this day remains the most affected country in the world by these shellfish poisonings. An evaluation of all currently available data leads to the hypothesis that Amphidomataceae, unlike many other toxic algae, are pelagic plankton of the open sea, which accumulate in specific cases by currents and winds at West coasts. With the present proposal, this hypothesis shall be tested by an integrated data set comprising oceanographic, bio-optical, meteorological, plankton and sediment data accompanied by taxonomic determinations, toxin measurements and Irish monitoring data.

R/V Maria S. Merian: St. John’s, Canada-Nuuk, Greenland (25.06.2017-19.07.2017)
The project “GreenHAB II” expedition will investigate the interactions between hydrography, bio-optics, and planktonic composition (especially toxigenic algae and their toxins) in combination with metagenomic approaches in fjords of West Greenland as well as along a latitudinal transect along the West Greenland coast. These fjords differ in their ice cover, glacial melt water runoffs, and history. The results shall be used to estimate quantifiable effects on the ecosystem which are driven by an accelerated glacial melt water runoff. The occurrence of toxigenic algal species which can be favored by decreasing salinity and increasing temperature shall be investigated with chemo-analytical, metagenomic, and bio-optical methods. In addition, sediments shall be examined for resting stages (cysts) of toxigenic planktonic species in order to estimate future population dynamics, including range expansions as waters warm. Levels of algal toxins shall be determined in algal material and the water column, partly directly on-board.
In cooperation with the ICBM, Universität Kopenhagen, WHOI, Universidad Mayor und PUC Santiago de Chile.

The aim of the expedition to the Limfjord (June 2016) was to study the plankton community in the fjord system, which on the one hand represents a separated water body, but on the other hand it has a connection with both the North Sea in the west and the Baltic Sea in the east. Water, plankton and sediment samples were taken during the entire expedition to investigate not only the plankton composition in the water column, but also sediments (cysts) in the sediment. This expedition was a collaborative project with scientist from Copenhagen University in Denmark and participation with researchers from Argentina, Bulgaria and Finland.

Understanding of HAB dynamics by assessmentof  of oceanographic and hydrographic conditions, bio-optical sensing. Determination of  biodiversity of toxigenic phytoplankton and trophic transfer of toxic dinoflagellates to their protistan grazers. Site comparison among differnt fjord systems.

In cooperation with the ICBM.