Observational data density in the permafrost region is low. At the Bayelva site close to Ny-Ålesund, Svalbard, the mean permafrost temperature is −2.8 °C, with a zero-amplitude depth at 5.5 m (2009–2017).

We monitor climate and the subsurface automatically since 1998 to provide data as baseline for future changes.  These observational data include all standard climate parameters, such as air temperature, humidity, wind speed and direction, radiation balance components, snow depth and temperature, snow water equivalent. Subsurface measurements include temperature and liquid water content in the active layer, temperature down to 9 m in the permafrost.

Since the data provide observations of temporally variable parameters that mitigate energy fluxes between permafrost and atmosphere, they are suitable for use in integrating, calibrating and testing permafrost as a component in earth system models. 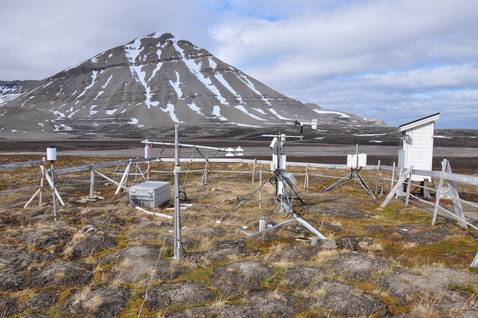