Björn Rost - Being small and yet so mighty, phytoplankton are the true rulers over ecosystems, elemental cycles and climate. I, therefore, felt very privileged to start my career studying the remarkable group of coccolithophores and their responses to changes in carbonate chemistry (end of the 90’s, the term ocean acidification did not yet exist). Even though my work has often been motivated by biogeochemical questions, I dug myself into algal physiology, focusing on those mechanisms phytoplankton use to overcome limitations in central pathways like carbon assimilation. Setting up several techniques, e.g. Membrane-Inlet Mass Spectrometry (MIMS), we were then able to assess cellular carbon and energy fluxes in real-time. This way we could not only identify certain processes, we could also put numbers to them, which allowed us to directly compare species and their responses to environmental drivers. If this process-understanding is combined with ecology, I believe we will be able to explain the species- or group-specific sensitivities towards multiple stressors and make thorough predictions for the future.

Sebastian Rokitta - Global Change will have many consequences on planetary scales; however, the origins of these consequences are to be sought on the molecular scale, i.e., within the cells of the organisms. Being a molecular biologist, photosynthesis physiologist and biochemist, I explore how phytoplankton responds to various environmental drivers on the subcellular basis, and how these drivers modulate each other. Besides standard elemental analyses, I use in-vivo measurements, transcriptomics and HPLC-based metabolite detection techniques to explain what happens inside cells when they respond to environmental change. The alterations of gas fluxes, biochemical pathways and molecular machinery help me to draw conclusions about the underlying mechanisms that cells apply to maintain homeostasis in changing environments.

Clara Hoppe - In the past two decades, a lot of research on phytoplankton responses to global change has been conducted. Most of it has been based on single strain experiments in highly controlled stable lab conditions. My goal is to integrate approaches from classical ecology and biological oceanography into this field of research. We will only gain a holistic picture if we investigate both the complex interactions occurring in the natural environment as well as the underlying cellular physiological mechanisms, which together determine phytoplankton responses to global change. My current main interests are how ecosystem structure (i.e. composition) and functioning (e.g. primary productivity, strength of the biological carbon pump) are linked in the present-day and future Arctic ocean, as well as to which extent this relationship is driven by differences between functional groups (i.e. species shifts) and intraspecific plasticity (i.e. sorting between strains of one species). To investigate this relationship, I conduct experiments with natural phytoplankton assemblages as well as isolated strains under different multiple driver matrices.

Sinhue Torres-Valdes - Nitrogen, phosphorus, silicon and carbon are elements essential for life that exist dissolved in seawater. Phytoplankton use them to produce organic matter and oxygen (that we eventually breathe, by the way) through photosynthesis (i.e., primary production). A proportion of organic matter (and the energy it contains) is transferred up the food webs. Another proportion is lost as biogenic particles that sink to depth, and yet, another proportion is converted to dissolved organic matter (DOM). Some of the DOM and sinking organic matter are then used by bacteria, which in turn transform it back into nutrients and dissolved CO2. Particles and DOM escaping bacterial degradation end up locking carbon for hundreds or thousands of years. This way, life is sustained in the ocean and in the process, Earth’s Climate is regulated. Amazing!

The transformations described above are known as “Biogeochemical Cycles” and occur within large masses of water circulating around the world´s oceans. “Physical processes”, for example, changes in temperature, fresh water content, formation and melting of ice, evaporation/precipitation and interaction with other water masses also exert control on how and where nutrients and CO2 are distributed in the ocean, which has implications for primary and bacterial production and CO2 uptake by the ocean.

In order to understand how such biogeochemical cycles function, I make observations, ranging from shipboard and on-ice observations (via the collection of seawater samples and subsequent chemical analyses) to observations generated via the deployment of state-of-the-art and emerging techno- logies (sensors, remote access samplers). I then use the information to diagnose the imprint of biogeochemical processes in the ocean and how these might be affected by climate change.

Klara Wolf – How life always finds a way never ceases to amaze me. Take Arctic phytoplankton for example: At temperatures close to the freezing point of water they manage to use the few sunlit weeks of the Arctic summer to lay the basis for a complex ecosystem. But how are they achieving this? And how are these specialists going to cope with a rapidly changing environment? During my PhD I investigated this question in Arctic diatoms, and found that they rely on various mechanisms to respond and adapt to their dynamic environment: each tiny cell can adjust its complex physiology, the members of a species their diverse populations, and finally the ecological community its species composition. Physiology, ecology and evolution are working hand-in-hand. In order to understand and predict the roles and limits of these response mechanisms in current and future ecosystems, we need to take all of them into account. Building on this knowledge, in my current project I hope to further elucidate the adaptive capacity of Arctic phytoplankton towards short but intense heatwaves. By combining laboratory experiments, field observations and novel molecular methodology, I try to narrow down the physiological, ecological and evolutionary processes that help certain microalgae to stay in the game and thus shape the ecosystems they thrive in.

Laura Wischnewski - During my apprenticeship and work as a chemical laboratory assistant at the AWI, I learned many analytical techniques. Through my studies in forensic science at the Bonn-Rhein-Sieg University of Applied Sciences, I have gained a lot of additional experience in analytical techniques and also developed skills in various chemical and biological methods. Now I work as a technician in the Section Marine Biogeoscience. At the AWI, I take care of the analytical equipment, carry out measurements (nutrient AutoAnalyzer, Sensors, pH, TA, DIC) and optimize methods. On expeditions to Svalbard and to the central Arctic, I am collecting samples for nutrient and carbonate parameters and measure different parameters of the water column biogeochemistry.

Daniel Scholz - Within the FRAM project (Frontiers in Arctic Monitoring), my responsibilities are the development, deployment, calibration and data validation of in-situ sensor platforms that are used to monitor nutrients and carbonate chemistry parameters in the Fram Strait and the Central Arctic Ocean. To monitor such parameters in the ocean, it is common practice to analyze discrete water samples obtained e.g. by rosette water samplers, usually deployed from research vessels. In the Arctic, this procedure is only feasible in summer. During winter, accessibility is limited due to ice cover. An established alternative to obtain data during this period is the deployment of in-situ measuring sensor platforms, such as moorings and "ice tethered profilers". However, most in-situ sensors are designed and calibrated to perform in temperate oceans and thus, the Arctic represents a challenging  environment that lies outside the configuaration of most sensors. Hence, in order to determine sensor stability and performance, e.g. temperature influences or drift during long-term deployments, we use conventionally analyzed water samples for comparison. During my Bachelor studies in "Maritime Technologies" at the University of Applied Sciences Bremerhaven, I focused on maritime measurement devices, their application and data processing. A long-term position as student assistant in the "Marine Geochemistry" section at the AWI provided the opportunity to participate in developments and field tests of marine measurement platforms. With these interesting insights, I decided to gain more detailed knowledge about the inner life of sensor devices during my Master studies in "Embedded Systems Design". During these studies, I focused on "System on Chip" (SoC) design, which incorporates the programming and combination of FPGAs and micro-processors, digital signal processing, discrete controls as well as the design of analog sensor interfaces.

Tina Brenneis - Labwork and research are the perfect combination for me. I started my apprenticeship at the AWI as a lab technician in 2006 and since then, polar research has really caught me. I could deepen my theoretical knowledge during B.Sc. studies in biology at the University of Bremen and then returned to the AWI and especially to the labs. Here, the supervision of our microalgal stock culture collection, the realization of lab experiments on global change stressors as well as the analytics of the corresponding samples are among my duties. Microscopy, growth assessments, chemical analytics of seawater as well as the determinaion of organic carbon and nitrogen content are also part of the spectrum of my tasks in the group, besides the preparation of expeditions and ordering logistics. "What will happen tomorrow?" is an important question for me, not just regarding research or experiments on climate change, but especially regarding my daily work, since there are new challenges and exciting tasks every day. Since 2021, I am also responsible for the training of young research assistant apprentices at the AWI, while still being involved in active lab work in the section 'Marine Biogeosciences'.

Linda Rehder - Phytoplankton photosynthesis is one of the most impressive processes on earth: tiny microalgae accumulate inorganic carbon and macronutrients inside their cells and use solar energy to convert these ingredients into living, organic matter. As a ‘waste product', they produce the oxygen we breathe. All of that is only possible because of many different physiological subprocesses that are maintained in a finely tuned balance. The overall physiological homeostasis of photosynthetic ‘upstream’ as well as respiratory ‘downstream’ processes is affected by global warming: different subprocesses are apparently affected by temperature to a different degree. Consequently, cells either have to adjust their physiological machinery in response to warming, or temperature rises become detrimental. For my PhD work, I use membrane-inlet-mass-spectrometry as well as assays for oxidative stress markers to elucidate how single physiological processes in Arctic phytoplankton key species, such as the photosynthetic light reaction, carbon fixation, the citric acid cycle, or mitochondrial respiration respond to prolonged and acute temperature stress. Thereby, I try to understand mechanisms of detrimental temperature effects and support our understanding of future phytoplankton ecophysiology. 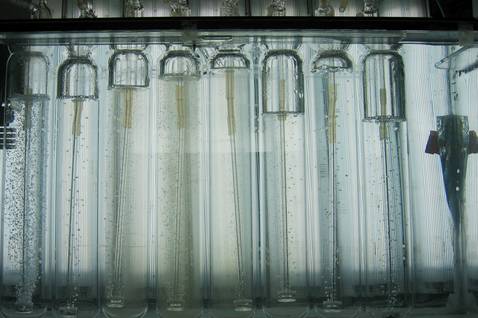 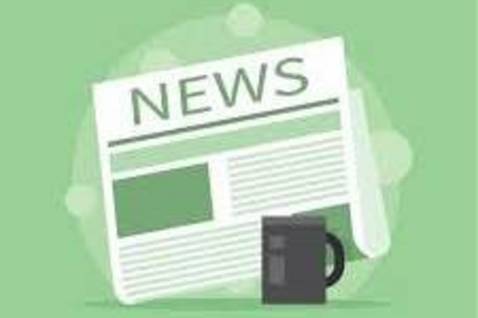 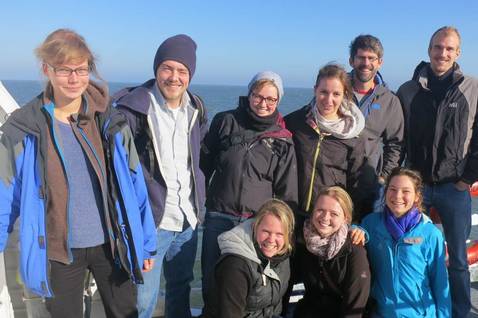 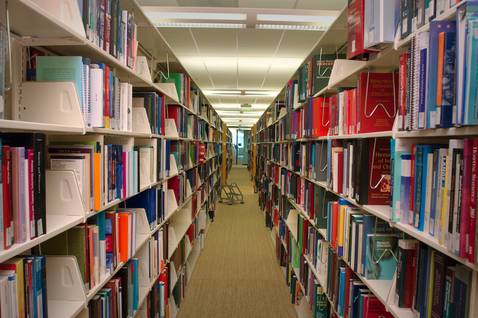 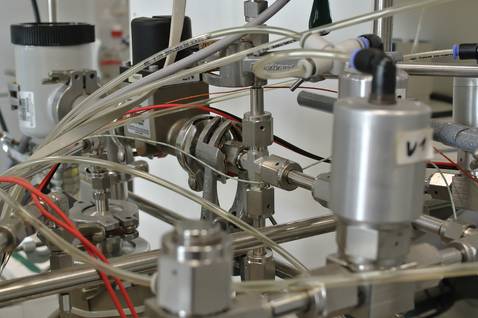 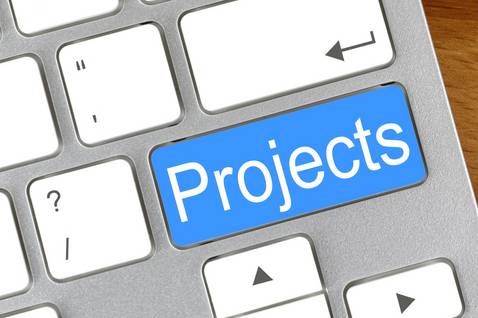