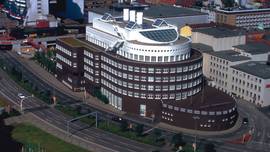 On July 15, 2005, the Alfred-Wegener-Institute for Polar and Marine Research will celebrate its 25th anniversary at its headquarters in Bremerhaven. Since 1980, the institute has been conducting research in the Antarctic and the Arctic, as well as in the North Sea and in other temperate oceans. It has continued the successful polar research of the early 20th century, inseparably connected with the names of Alfred Wegener and Georg von Neumayer. Today, the institute’s research activities range from plate tectonics and food webs to the causes and effects of climate change. 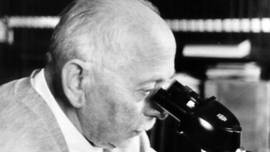 Anniversary of the Friedrich Hustedt Study Centre for Diatoms at the Alfred-Wegener-Institute, the Helmholtz Centre for Polar and Marine Research

On July 1st, the Friedrich Hustedt Study Centre for Diatoms will have been established for 40 years. With approximately 80,000 microscope slides, the extended diatom collection of Friedrich Hustedt, born in Bremen in 1886, is one of the largest of its kind anywhere. 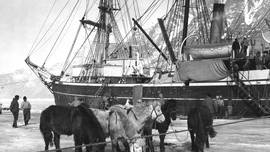 Exactly 75 years ago, on April 1st, 1930, the ‘German Greenland Expedition Alfred Wegener’ left from Copenhagen with fourteen participants. Determining the thickness of the Greenland ice shield as 2700 metres represented a sensational scientific success of the one-year operation. However, extreme environmental conditions of the Arctic made the expedition very strenuous. Alfred Wegener, expedition leader and founder of the theory of continental drift, fell victim to these extreme conditions. Currently, Wegener’s research interests continue to be pursued at the Alfred Wegener Institute for Polar and Marine Research, named after him 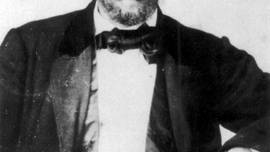 March 11, 2005 marks the 175th birthday of Eduard Dallmann, a pioneer of German Antarctic research. Through his expeditions, Dallmann, who was born in Blumenthal (now part of Bremen) contributed significantly to the knowledge about Antarctica. He named numerous island groups and straits. From 1873 onwards, the ‘Grönland’, one of the first sailing ships equipped with an auxiliary steam engine in Antarctic waters, sailed under his command. Today, the ‘Dallmann Laboratory’ on King George Island, operated by the Alfred Wegener Institure for Polar and Marine Research, pays tribute to the pioneer and discoverer. 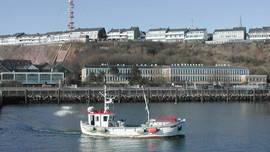 Long-term monitoring studies at the ‘Biologische Anstalt Helgoland’ (BAH), part of the Alfred Wegener Institute for Polar and Marine Research, document rapid ecological changes in the North Sea. Scientists explain these changes primarily with the introduction of non-native species and global climate change. Investigations that have been carried out continually since 1962 provide evidence for this notion. The nearly unbroken record of physical, chemical and biological parameters, collected regularly on work days by the ‘Biologische Anstalt Helgoland’, represents one of the most valuable marine long-term data sets worldwide. Using up-to-date methods for long-term data collection, scientists on Helgoland, in close cooperation with other institutes, contribute in a major…