Ice losses from Antarctica have increased global sea levels by 7.6 mm since 1992, with two fifths of this rise (3.0 mm) coming in the last five years alone. 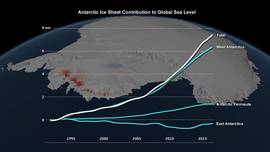 The findings are from a major climate assessment known as the Ice Sheet Mass Balance Inter-comparison Exercise (IMBIE), and are published today in Nature. It is the most complete picture of Antarctic ice sheet change to date - 84 scientists from 44 international organisations combined 24 satellite surveys to produce the assessment.

Polarstern expedition draws to a close in Bremerhaven

How is the ecosystem around the Antarctic Peninsula changing?

On board the research vessel Polarstern, experts investigated krill and salps 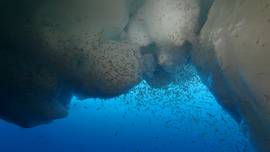 In the autumn, the waters surrounding the Antarctic Peninsula were still home to large quantities of krill and salps, ready to spawn. Thanks to warmer water temperatures, the ice formation began later in the year, as a result of which single-celled algae, the chief food source for these organisms, were available in higher concentrations. How life in the Southern Ocean will adapt to such changes was a central topic during this year’s Antarctic season on board the research vessel Polarstern, which will end when, on Monday 11 June 2018, the ship returns to its homeport, Bremerhaven, after nearly six months at sea.

For the past 70 years, the Danube has almost never frozen over

Since the 1950s, warmer and warmer winters and man-made inflows have largely prevented ice formation on Europe’s second-largest river 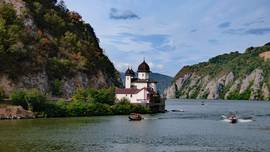 Today, only the eldest inhabitants of the Danube Delta recall that, in the past, you could skate on the river practically every winter; since the second half of the 20th century, Europe’s second-largest river has only rarely frozen over. 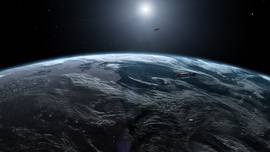 A few months ago, the GRACE mission’s two Earth observation satellites burnt up in the atmosphere. Although this loss was planned, for the experts at the Alfred Wegener Institute it left a considerable gap in monitoring ice loss in the Antarctic and Greenland. Now the follow-up mission will finally be launched, and will play a vital role in predicting future sea level rise.

The gypsum gravity chute: A phytoplankton-elevator to the ocean floor 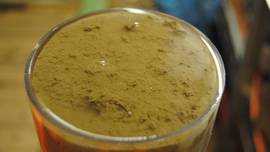 Tiny gypsum crystals can make phytoplankton so heavy that they rapidly sink, hereby transporting large quantities of carbon to the ocean’s depths. Experts from the Alfred Wegener Institute recently observed this phenomenon for the first time in the Arctic. As a result of this massive algal transport, in the future large amounts of nutrients could be lost from the surface waters.