Billions of juvenile fish under the Arctic sea ice 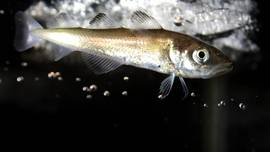 Using a new net, marine biologists from the Alfred Wegener Institute have, for the first time, been able to catch polar cod directly beneath the Arctic sea ice with a trawl, allowing them to determine their large-scale distribution and origin. This information is of fundamental importance, as polar cod are a major source of food for seals, whales and seabirds in the Arctic. The study, which was recently published in the journal Polar Biology, shows that only juvenile fish are found under the ice, a habitat the researchers fear could disappear as a result of climate change.

Regional Effects and Consequences of Climate on Coastal Regions 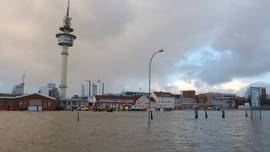 Understanding regional climate change, identifying the consequences and discussing the effects. The REKLIM research association’s fifth regional conference this year focuses on coastal regions. Researchers discuss with representatives from politics and business the challenges facing society as a result of climate change.

Marine biologists from around the globe meet on Helgoland 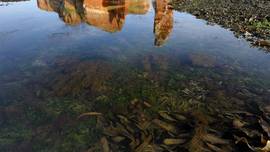 The 50th European Marine Biology Symposium takes place on Helgoland from 21th to 25th September 2015. Around 200 participants from 24 countries meet to discuss long-term changes to environmental conditions and ecosystems. This jubilee is a return to the roots: In 1966, the Biological Institute Helgoland hosted the first of these symposiums, which have since been held annually at different locations.

Sea-ice zone has a major influence on the ecosystem

AWI researchers reconstruct environmental conditions in the Southern Ocean over the past 30,000 years 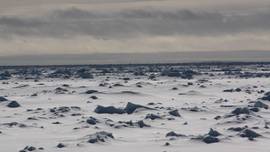 In the last 30,000 years there was, at times, more mixing in the Southern Ocean than previously thought. This meant that vast quantities of nutrients were available to phytoalgae, which in turn contributed to storing the greenhouse gas CO2 during the last glacial period. Researchers from the Alfred Wegener Institute now present these new findings in Nature Communications.

Where is the world’s permafrost thawing? 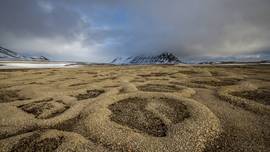 This Saturday at a conference in Quebec, Canada an international research team will present the first online data portal on global permafrost. In the Global Terrestrial Network for Permafrost (www.gtnp.org) researchers first collect all the existing permafrost temperature and active thickness layer data from Arctic, Antarctic and mountain permafrost regions and then make it freely available for download. This new portal can serve as an early warning system for researchers and decision-makers around the globe. A detailed description of the data collection is published today in an open access article on the Earth System Science Data portal.