Ionic impurities in firn and glacier ice originate from deposition of aerosols and water-soluble trace gases (e.g. HCl, HNO3, NH3). However, particularly in view of aerosol related species, the detailed interpretation of their continental Antarctic ice cores records remained partly ambiguous in terms of net atmospheric changes. In order to reduce this deficit, at least for Holocene climate conditions, year-round aerosol observations are needed from the relevant ice core-drilling sites.

A basic motivation is to identify the nature of the associated aerosol sources (biogenic, geochemical, or anthropogenic) as well as source regions, and to elucidate to what extend the atmospheric signal is authentically archived in firn. In connection with the sporadic occurrence of snow accumulation and hence aerosol deposition, information in terms of atmospheric composition archived in polar ice are potentially severely biased, emphasizing the need for year-round aerosol measurements to address this point.

Thus, our  main objective was to initiate a basic year-round measuring program focussing on aerosol sampling at the EPICA drilling site in Dronning Maud Land (Kohnen Station, 75°00'S, 0°04'E). Due to the fact that Kohnen Station is only a summer camp and not a wintering-over station, the installation of an automated aerosol sampler was required. These investigations in continental Antarctica are also dedicated to complement and expand the research program already established at the coastal Neumayer Station in order sustain the interpretation of ionic profiles in ice cores.

In January 2003 we installed an automated aerosol sampler for remote year-round aerosol sampling at Kohnen Station. Generally, the samples were analysed by ion chromatography (determined ions: Cl-, SO42-, NO3-, methane sulfonate, Na+, K+, Mg2+, Ca2+, and NH4+) after return in our home laboratories. The installed aerosol sampler was constructed in the Institute of Environmental Physics (University of Heidelberg) mainly by Dietmar Wagenbach, Susanne Preunkert and Rainer Fletterer.

In January 2009 the whole equipment was dismantled due to serious damage of the system. 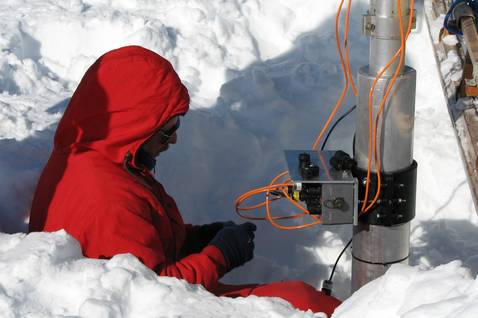 Set-up of the experiment 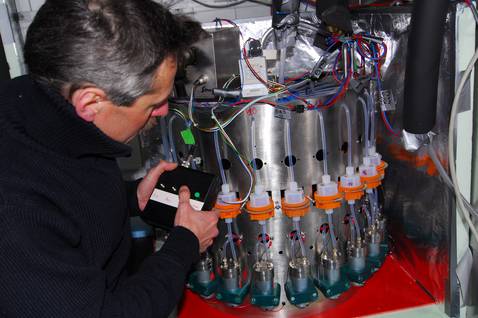 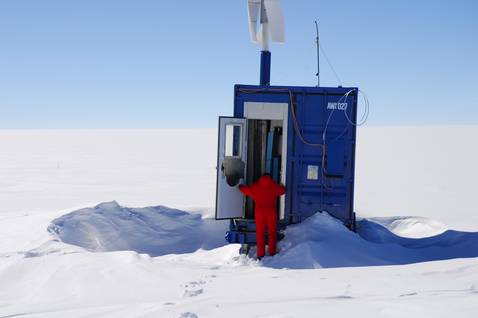