Polarstern voyage PS 125 will begin in Port Stanley, Falkland Islands, on 2 April 2021. In Port Stanley, a major exchange of scientists and ship's crew will take place. In order to achieve a safe exchange in view of the pandemic situation, all crew members and the representative of the AWI as well as the DWD staff have been in a two-week quarantine beforehand. The journey to the Falkland Islands will again be made by a Lufthansa charter flight non-stop from Hamburg to Mount Pleasant, as during the exchange to PS 124. All disembarking scientists and crew members will return to Germany in the opposite direction.

The voyage PS 125 is a nearly four-week transit voyage from Port Stanley to Bremerhaven. Polarstern will leave the Falkland Islands on 2 April and arrive in, Bremerhaven 29 April 2021. Originally, smaller scientific programs were planned during the voyage, but due to the worldwide increasing pandemic situation all of them were cancelled. The journey will be a straight transit without scientific programs. The POLMAR student program scheduled for boarding in Las Palmas was also canceled for these reasons.

Besides the two employees of the German Weather Service, only one representative of the AWI will be on board as acruise leader.

We continue on the northern hemisphere – Bremerhaven is awaiting us 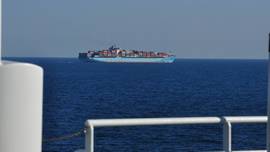 We have crossed the Equator 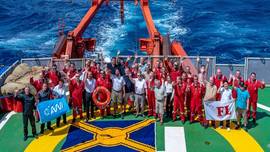 The smooth transit cruise is still heading north. In the meantime, we have reached the intertropical convergence with its correspondingly humid climate. From time to time, another cargo ship crosses our track. 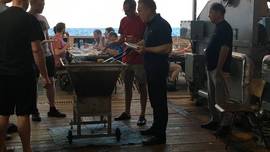 We are still sailing northwards through the subtropics and heading for the tropics, free from corona concerns. Nevertheless, the pandemic remains a dominant subject, even with everyone enjoying the time without masks and lockdown. 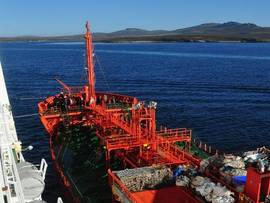 After a two-week quarantine in Bremerhaven, we once again escaped Corona without any infection and thus, able to enter our "infection-free bubble" on the ship for the return journey to Bremerhaven. 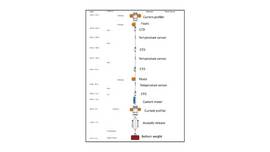 The southern Weddell Sea is home of the Filchner-Ronne Ice Shelf (FRIS). FRIS is the largest (by volume) floating ice shelf on the planet and therefore quite an important feature in the Antarctic Ice Sheet system, which is directly relevant for our global climate and sea level.